Harry Gordon Selfridge made the decision to invest in a British department store on a visit to London in 1906. He believed that the city had unrealised potential. Born in the United States, he had worked in the pioneering Chicago department store Marshall Field’s. Selfridges opened on Oxford Street in 1909..

From the start, Selfridge wanted to change the culture of shopping. His aim was to make it an enjoyable experience rather than a mundane necessity. To this end, he is often credited with popularising the motto ‘the customer is always right’.

Within the store, he made many changes to conventional practice that have had a lasting impact. Products were openly displayed for consumers to see. While this seems unremarkable now, it was game-changing for the period. Particularly focused on the experience of women, he moved the beauty section to the front of the store. 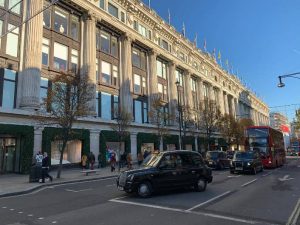 Photo by Hert Niks on Unsplash

Selfridges experienced success in the first half of the twentieth century. In 1965, British conglomerate Sears acquired the business. In the following decades, the store struggled to grow beyond its main store. Things changed in the 1990s though.

Sears entered a period of decline and Selfridges became an independent business in 1997. Around this time they brought in Vittorio Radice to turn the company around. Radice oversaw a major renovation of the Oxford Street store. As part of this, many original features were restored in the building. 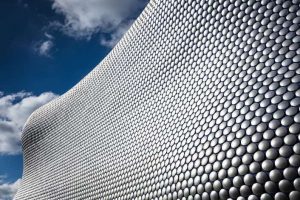 At the same time, Selfridges opened their first major store outside London, in the newly-built Trafford Centre. Two more stores soon followed. As part of the area’s redevelopment following the 1996 Manchester bombing, they opened a store in Exchange Square. In 2003, they opened a Birmingham store. The store’s unique ‘blob architecture’ design won many awards and has become an iconic part of Birmingham’s urban redevelopment.

In 2013, ITV premiered the first season of the drama Mr Selfridge. The series starred Jeremy Piven as Harry Gordon Selfridge and dramatised the early history of the department store. With the series premiere watched by over nine million people, it brought fresh attention to the Selfridges story. Four seasons were ultimately commissioned and the show concluded in 2016.

Today Selfridges remains a key part of the British retail landscape. Drawing on the company’s heritage, they have made creativity central to their identity. Harry Gordon Selfridge emphasised the ‘theatrical’ nature of the shopping experience. This traditions continues today. In the past decade, high-profile artists like Kate Daudy and Yayoi Kusama had collaborated with the company.

Does your brand have a place in the future of the Selfridges story? Unlock EMEA has worked with Selfridges and secured placement in stores for many brands. If you’d like to find out more, contact us.